The Castle of the Emperor, also known as fortress of Santa Barbara or Swabian castle, may be considered as the most important architectural example of the early Middle Ages in the city of Prato. It is the only, amazing example of Swabian castle in the center-north of Italy. 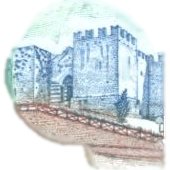 The construction began in 1248 under emperor Frederic II of Swabia, as part of a project aiming at military control of the main in the way of communications that from the south of the country took to Germany.

The castle was built on a project of architect Richard from Lentini, with masons and workers that were called especially from Apulia, on the site where already existed a smaller fortification. The building has a square plan, with four towers at the corners and four more, of which two along the walls, and two, left over from the pre-existing fortress, in the center.