An important tourist center and fishing port of the Riviera delle Palme, in the extreme southeast of Marche, on the Adriatic coast at the mouth of the Tronto river. It is the second largest center in the province of Ascoli Piceno. 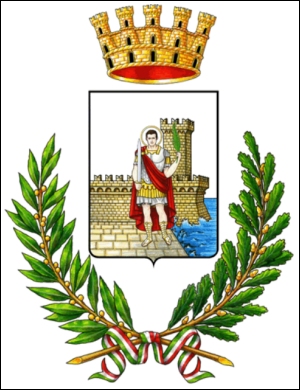 In Paese Alto items dating from Roman times were discovered, including a basin, a mosaic of white tiles with black frames and a corner of a wall of a building with red wall frescoes typical of the early 1st century AD. It was once thought to have stood on the site of the ancient city of Truentum, founded by the Liburnians, then of Castrum Truentinum, which is however today identified with the archaeological site excavated at the mouth of the Tronto at Martinsicuro.

The presently accredited theory is of a settlement, Plebs Sancti Benedicti in Albula, around a church housing the remains of San Benedetto, a Roman soldier martyred in ancient Cupra (today Cupra Marittima). In the year 998 the name appears in an act relating to the investiture for the benefit of Saints Vincenzo and Anastasio in the territory of Acquaviva Picena by Uberto, Bishop of Fermo.

In 1105, Pope Paschal II confirmed the monastery of San Benedetto al Tronto to Oderisio, Abbot of Montecassino. In 1145 feudal lords Azzo and Berardo di Gualtiero obtained from Bishop Liberto of Fermo permission to build a castrum on the hill where the parish church is located. For centuries the town was disputed between Ascoli Piceno and Fermo, until in 1463 Fermo commissioned Friar Giacomo della Marca to resolve the age-old disputes between the two towns, and he decided assigning to Monteprandone the lower part of San Benedetto, thus assuring a strategic maritime outlet for Ascoli Piceno.

In 1478 a plagueepidemic devastated San Benedetto to such an extent that in 1491, the town having remained almost uninhabited, the municipality of Fermo decided to give refugees from Imola the option of settling there. The demographic development of "Castro Sancti Benedicti" resembles that of many other centers of the Adriatic coast, where immigration plays an important role, with the raids of Saracens, the relations with the trans-Adriatic populations, the epidemics, emigration which follows towards other places in Italy and to abroad, mostly related to sea trades.

This "bridgehead" feature has been particularly important since the 18th century, when fishing developed and the coastal road network connected the Papal States and the Kingdom of Naples. During the 18th century is the century the population of San Benedetto del Tronto began to leave the overcrowded neighborhood of the Castello and to settle in the marina, still marshland, and the countryside sees only a few farms.

In 1850 a good part of the approximately 5000 inhabitants of San Benedetto del Tronto already lived in the Marina district. They were mainly fishermen, caulkers, fishmongers and navy porters, while within the castle walls were mostly craftsmen with their shops, wealthy people and landowners. In 1860 the town passed from the Papal State to the Italian State. The construction of the Adriatic railway line was of paramount impiortance for the territory, and in 1863 the first bathing establishments were opened and the tourist vocation of the town started to take form.

The construction of the fishing port began in 1907 and its last extension took place in 2000. In 1935 a royal decree annexed Porto d'Ascoli to San Benedetto del Tronto. During World War II, after 144 aerial bombardments and six devastating naval bombings the town was finally liberated on June 18, 1944.

Surnames in the Provinces of Marche