This lively centre is divided into Tortoreto Alto, in a higher position at over 220 m a.s.l., and Tortoreto Lido, a newer part which has developed into a lively seaside resort.

Tortoreto Lido has a 4-mk long beach, extending south to the mouth of the Salinello river. The sea is clean, and the bottom gets deeper very slowly, so it is a safe place for children too, and can offer a quiet holiday among the golden sand, the green hills and blue sea.

Tortoreto Alto still partly maintains its medieval structure with high walls, narrow alleys, the Clock Tower and the adjoining bridge which led into the fortress, now called Terravecchia, while a more recent part, called Terranova, is characterized by the "Torrione" and the two churches of Madonna della Misericordia and San Nicola. One of the most interesting features of Tortoreto is the deep cult of the Virgin Mary (Madonna della Neve). The oldest church dedicated to Christ's mother is Santa Maria Maggiore in Rome, but the tradition in Tortoreto is much older. According to the legend, on the night between the 4th and 5th of August 325 A.D. Pope Liborius dreamt of the Virgin Mary, who bid him to build a church in her honor on the spot where snow would fall on that day. The dream came true, and gave origin to the cult of the "Madonna della Neve". 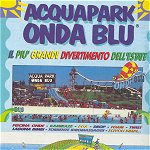