About 10 km. south of L'Aquila in a charming location, Fossa is dominated by Mount Ocre. A confectionery called Dolci Aveja continues the tradition of bakery for which the village has always been so popular.

Mount Ocre (2204 m a.s.l.), which with its huge profiel offered protection and security to local populations, has given its name to ancient religious and lay buildings, all erected in the Middle Ages. From Mount Ocre, according to tradition, San Massimo, the patron saint of the city of L'Aquila, was precipitated in 210 AD. Another great figure of Christianity, St. Cesidio from Fossa, went missionary to China in the years 1898-1900 and was burned alive in front of his mission during a reprisal of the Boxers.

On a rocky spur in the 13th century the Convent of St. Angelo d'Ocre was built, originally for Benedictine nuns. Inside the church, restored in the 17th and 18th centuries, the Blessed Bernardino of Fossa is buried; according to the tradition, he was born in a medieval house in the Via del Palio.

Of the ancient fortified enclosure the ruins of the tower at an altitude of 933 m are extant. In an area from which it is possible to admire all the main mountain ranges of the territory, the imposing Castle of Ocre was rebuilt after the destruction by the Aquilans in 1280, but now almost destroyed again. 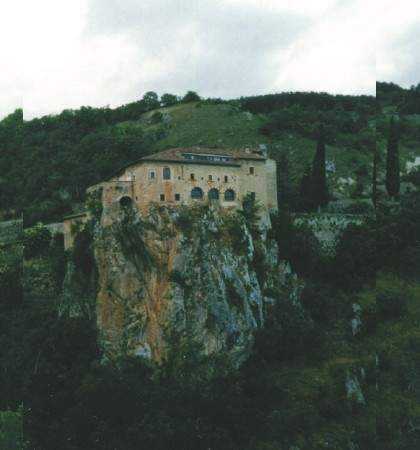 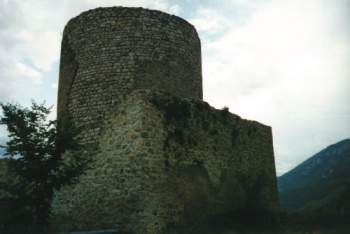