The horror of emigration ships

During the 19th and 20th centuries Italy was especially affected by emigration, first from the north (Piedmont, Veneto and Friuli) and, after 1880, from the South. From the ports of the Mediterranean ships with thousands of Italians left to America in search for more favorable economic conditions. 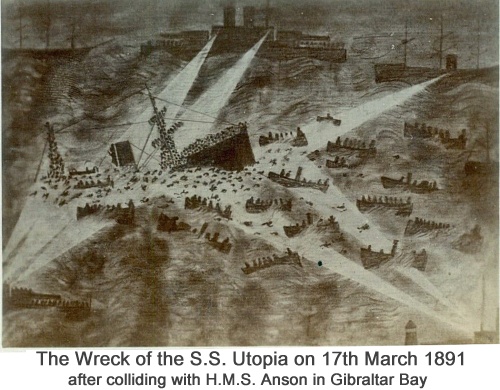 The shipping companies used the transport of migrants as a source of income to pass from a pre-industrial to a modern navy. The transport to South America was mostly done by Genoese companies, which used classic sailing ships. With the transition to steamships, many of these companies shut down, since they lacked the capital needed to invest in new technology. The transport of migrants, however, was an activity that allowed them to survive and expand, as well as contributing to the development of the shipbuilding and steel industries.

The greater traffic to North America was managed mainly by non-Italian foreign companies, more organized and technologically advanced. Needless to say, the transport of migrants was entrusted to the oldest ships, with an average of 23 years' sailing. These almost disarmed steamers - or better, "death ships" - which could not contain more than 700 people, loaded more than 1000 desperates that left without any certainty of reaching their destination. And many perished in the tragic sea voyages, between the late 19th and early 20th century.

On emigrant ships, throughout the 19th century, there were no infirmaries, clinics or pharmacies; between 1897 and 1899, more than 1% of the arrivals in New York were rejected and sent back to Italy because reduced in poor condition by the hardships and sufferings of the voyage.

The conditions on the ship

The sea voyage to the Americas is not a cruise for migrants. They were generally stowed in the third class, in poor hygienic condition, squatting on the deck, near the stairs, with a plate between their legs and a piece of bread between the feet, they ate their meal as beggars at the doors of monasteries.

To be able to sleep, the emigrant lay down completely dressed, on his storage of bundles and suitcases, amid the smells of urine, feces, vomit; their quarters had become after a few days dog kennels. In such conditions, diseases were common and there are plenty of deaths as revealed by the diary of the steamer "Città di Torino", November 1905: "Until now among the 600 passengers there have been 45 deaths of which 20 for typhoid fever, 10 for bronchopulmonary disease, 7 measles, 5 influence, 3 accidents on deck."

It was common that ships with sick passengers, dozens of deaths during the voyage, and epidemics were rejected and sailed again in search of another port.

The Utopia - later renamed 'Titanic of the poor'- a steamship of the British company "Anchor Line", sailed from Trieste, stopped in Palermo and then in Naples, from where it departed on March 12 full of emigrants from Campania, Calabria and Abruzzo, hoping for a better life in America. On March 17, 1891 at about 18:00 the tragedy in the port of Gibraltar: during a docking maneuver, the Utopia crashed into the submerged spur of a British battleship moored there. On board were 813 passengers, 563 people died in the wreck of the steamship. 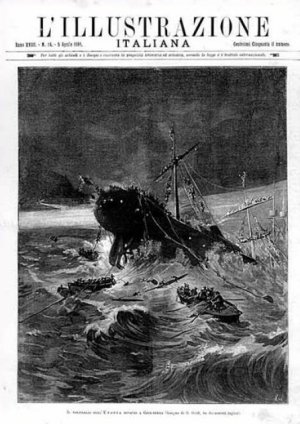 Shipwrecks, also considering the bad maintenance conditions of the ships, were common.