Following in a father's footsteps

Standing on a balcony in the early morning mist, I gaze for the last time at the church steeple rising in the distance.
A small bus is moving slowly down a mountain road to pick up a handful of passengers destined to their jobs in L'Aquila. And, on the narrow alley just below where I'm standing, a small truck with building supplies is squeezing around a tight corner on its way to a nearby renovation site. The sleepy village of Santo Stefano is hoping to be revitalized by tourism.
© Rene Pappone 2007 - reprinted with permission of the author.
Follow Italy Heritage on Facebook

Abruzzo | Basilicata | Calabria | Campania | Emilia‑Romagna | Friuli‑Venezia Giulia | Latium | Liguria | Lombardy | Marche | Molise | Piedmont | Puglia | Sardinia | Sicily | Tuscany | Trentino‑Alto Adige | Umbria | Valle d'Aosta | Veneto
It's September 2004 and the day is just beginning in Santo Stefano di Sessanio, a medieval town in the Apennine Mountains, 145 kilometers east of Rome. It's also the final day of a two-week visit, and my son and his wife are outside the apartment loading the car for our trip to Rome and a return flight to Canada. The steeple ahead reaches up from the parish church of Santo Stefano Protomartire, built in the 15th century. My late father was baptized there in 1896, and I'm wondering how he felt decades ago when he bade farewell to his family to make a new life in Canada. In a few minutes, I'll be going through a similar ritual with my cousins when we gather in Piazza Medicea, the town's centre, to say arrivederci over an espresso.

Santo Stefano exemplifies the adage that good things come in small packages. Nestled deep inside the Gran Sasso and Monti della Laga National Park, the ancient village is considered one of Abruzzo's best-preserved historic sites. Originally a fortified village built around a lookout tower between the 11th and 12th centuries, its unbroken line of buildings, which once served as a defensive barrier, are still there. So, too, is the Tower Medicea, offering a panoramic view of the mountains and the open fields that farmers cultivated over the centuries.

The best way to explore the village is by foot. The first thing a visitor notices is that the houses, many of them dating to the 14th century; are constructed of limestone; the roofs are covered with clay tiles. Narrow cobblestone alleys twist and turn in a maze through the borough, eventually meeting up with arched portals or covered passages.

At the peak of its existence more than 200 years ago, Santo Stefano had 3,000 inhabitants farming the land and producing a dark variety of wool known as carfagna. But, as the economy faltered in the late 1800s, the population dwindled to 1,500. Young people began leaving the village to seek jobs in Canada and other parts of the world. The migration was followed by yet another outflow after the Second World War. Today, Santo Stefano is semi-abandoned. The population is down to about 115, consisting mainly of elderly and middle-aged people. But, if the end seems near, community and business leaders are not ready to throw in the towel. On the contrary they're optimistic about a makeover and the potential to bring in tourists, boost the economy and create jobs.

Properties that only a few years ago were abandoned or in disrepair are being restored as dwellings for people who want to escape the big cities in the summer. Other buildings are being converted into small hotels and restaurants. One entrepreneur who bought 3.500 square metres of property in the historical centre of the village is determined to preserve the architecture with authentic renovations and to revive the borough's cultural life. Among the projects: a medical-style hotel, restaurants, artist workshop and conference facilities.

Apart from its historical significance, the appeal of Santo Stefano is the hospitable people, the quiet and environment and the clean mountain air. The few vehicles that drive through the village ordinarily belong to the inhabitants. Traffic jams are unheard of, unless you count a half-dozen touring cyclists in the main square or a vehicle held up by a flock of sheep ambling across mountain road.

Another selling point is that tourists don't have to stay in a big city to take in Italy's history, architecture and art. Santo Stefano is surrounded by several hamlets - among than Calascio, Capestrano, Bominaco, Castelvecchio and Navelli. Each has its own story to tell. Whatever your preference you'll find it in the ruins of hill top castles and lookout towers, in a plethora of richly adorned churches and works of art, and in the remains of the ancient town of Peltuinum. Yet, travelers are just a day-trip from some of Italy's major centres: Rome, Pescara, Assisi and Perugia.

Our goodbyes behind us, we start for Rome. I turn to catch a final glimpse of the village, still awed by the medieval quarter. Then I think about the past two weeks: how I got to know my cousins, the satisfaction of researching and discovering facts about ancestors, and the indescribable feeling of walking along the same paths traveled by my forefathers so long ago.

Now, just when I feel connected to my roots, it's time to leave. I know I'm going to miss the place. A blanket of sadness falls over me, and I finally realize how my dad must have felt when he traveled this same mountain this same road for the last time. 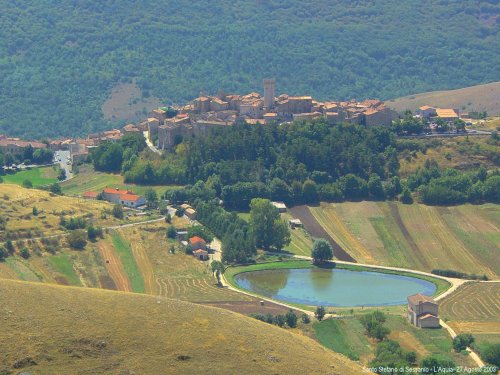 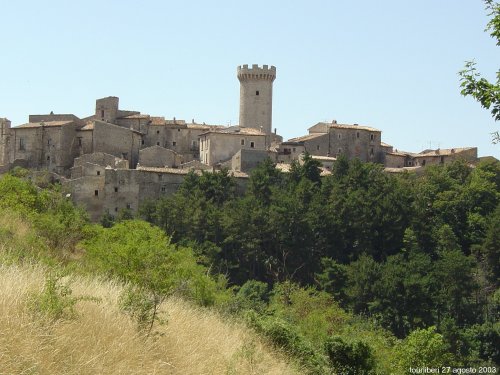 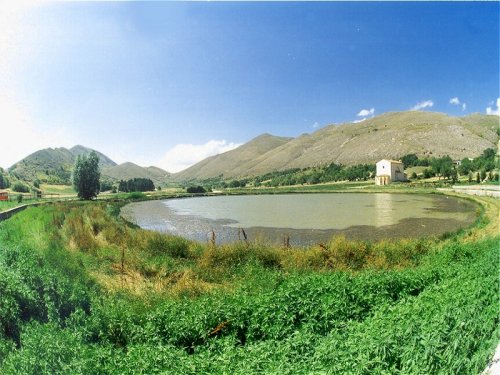 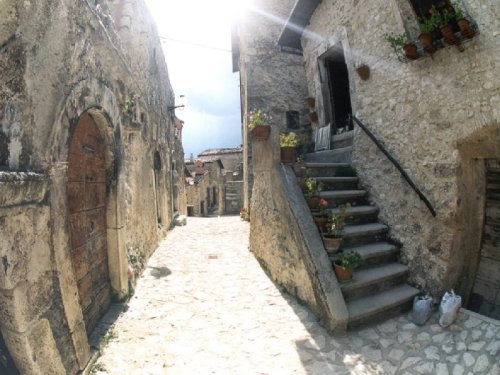 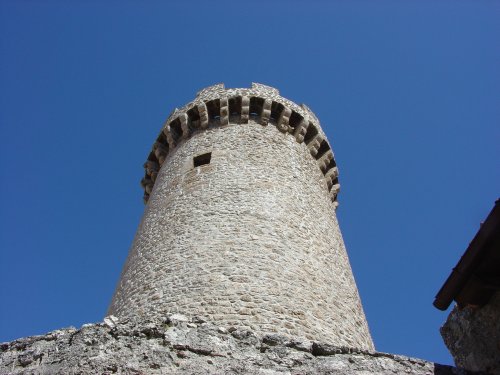 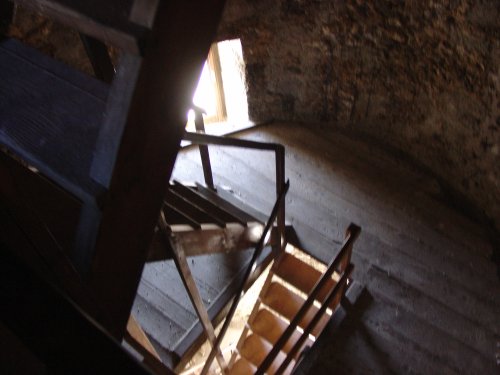 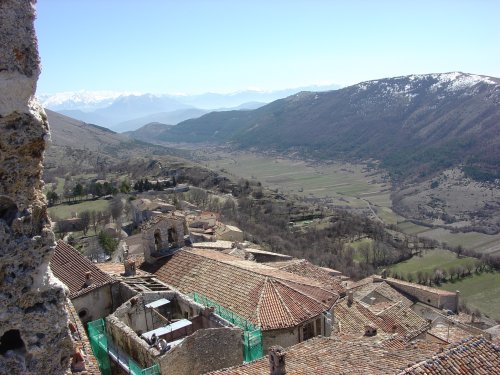