Nunzio Sulprizio, a young lay worker, is considered the protector of invalids and victims of work accidents.
Born in Pescosansonesco, Pescara, on 13 april 1817, Nunzio died in Naples 5 may 1836. The short life of the young blacksmith was marked by a series of tragic losses (his father, then his mother) and a painful disease in a leg. In the sanctuary in Pescosansonesco, behind the altar, there is still the spring used by young Nunzio to wash his wound. That water is believed to be miraculous. His shrine is one of the most famous and popular in the Pescara Valley.
Follow Italy Heritage on Facebook

His father Domenico Sulprizio was born in Popoli, son of Nunzio Sulprizio, who had died in 1803, on 8th September (in a period of September traditionally dedicated to the Virgin Mary). A tragical destiny of untimely death and coincidence of dates seemed to accompany this family since then.

Domenico Sulprizio married Rosa Luciani on the 28th of May (again, the month of Mary). Young Nunzio was born in the year of the great famine 1817, on April 13, soon after Easter, which fell in that year on 7 April. He lived his short life with total trust in the will of God, accepting suffering as a gift. His father died in 1820, on 31st July. In the same year, on 7th December (the day before the Immaculate Conception) his baby sister Domenica died too. His mother, left alone with no means of support, remarried a much older man, but she too died soon after.

The child was entrusted to the maternal grandmother Anna Rosaria del Rossi, who died too in 1826. Then the boy was taken as an apprentice in the workshop of his maternal uncle, Domenico Luciani, and the hard work caused the painful wound that would never heal. In 1832 his father's brother, Francesco Sulprizio, who was a soldier in Naples, heard of Nunzio's sufferings, and took him with himself.

In Naples Colonel Felice Wochinger loved the boy as his own son, and devoted to him the best care that was possible for the time. But it was too late, Nunzio died at 19 years of age, on the 5th of May, the month of the Celestial Mother. The Neapolitans heard of the young man's Christian and exemplary acceptance of his disease, as well as his deep devotion to the Virgin Mary, so even before he died they had already begun to consider him a saint, "lu santariello". His body was buried in the church of Santa Maria Avvocata; today his remains are in an urn in the church of San Domenico Soriano, piazza Dante, Naples; he was declared a Blessed by the Catholic church on 1st december 1963.

The worship of the Blessed Nunzio reached the USA. In Pittsurgh there is a Blessed Nunzio Sulprizio Shrine, 1038 Stanford Road, established by the late Delfina Del Russo Cesarespada, who claimed to be brought back from death through Blessed Nunzio's intercession. The site is maintained by her husband and son, who continue to work toward Nunzio's canonization. The statue of Mary and her Child in the house was found crying for the first time on October 30, 1973; it also wept November 2, 1973. 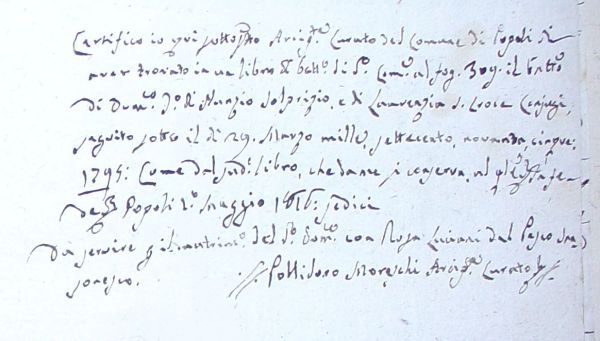 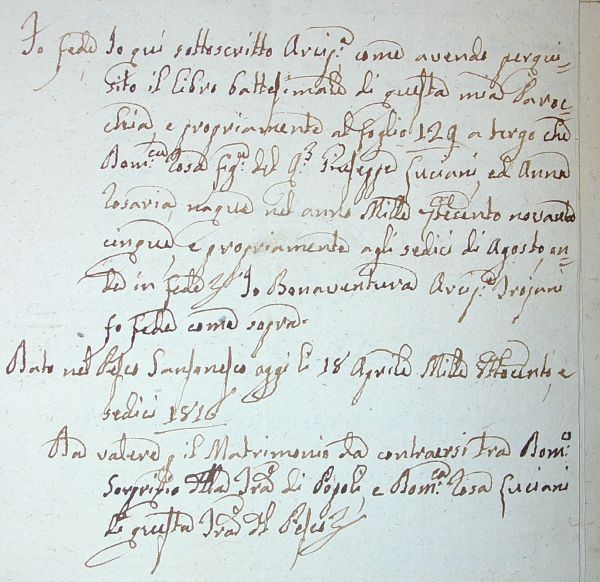 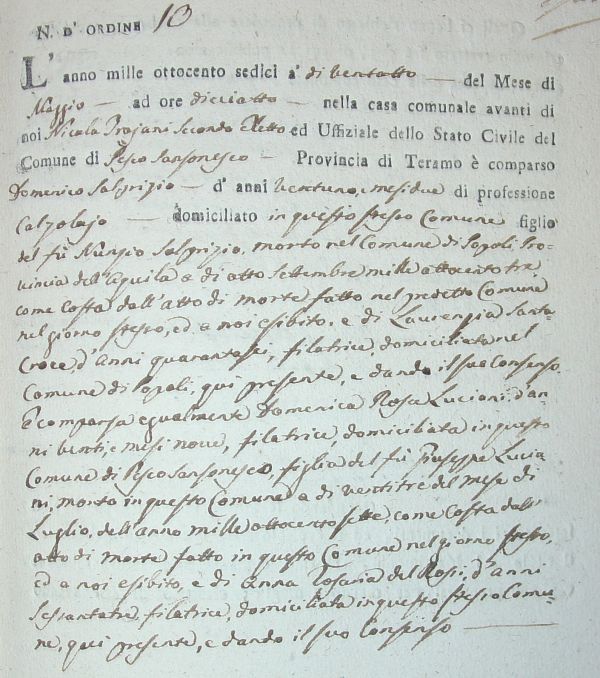 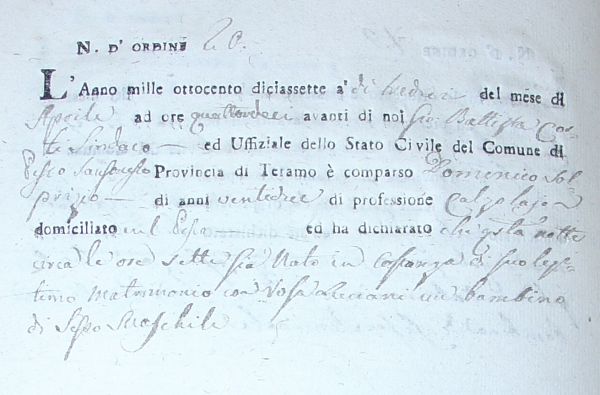 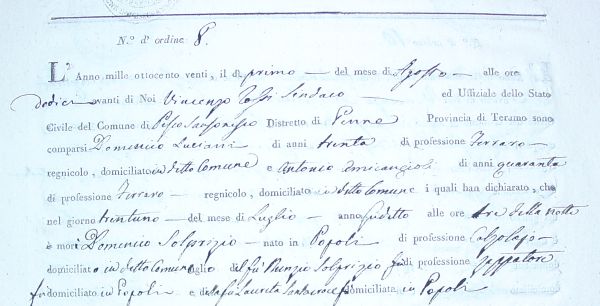 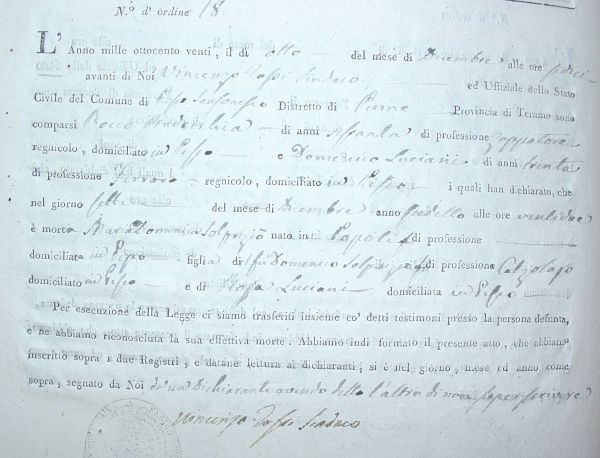 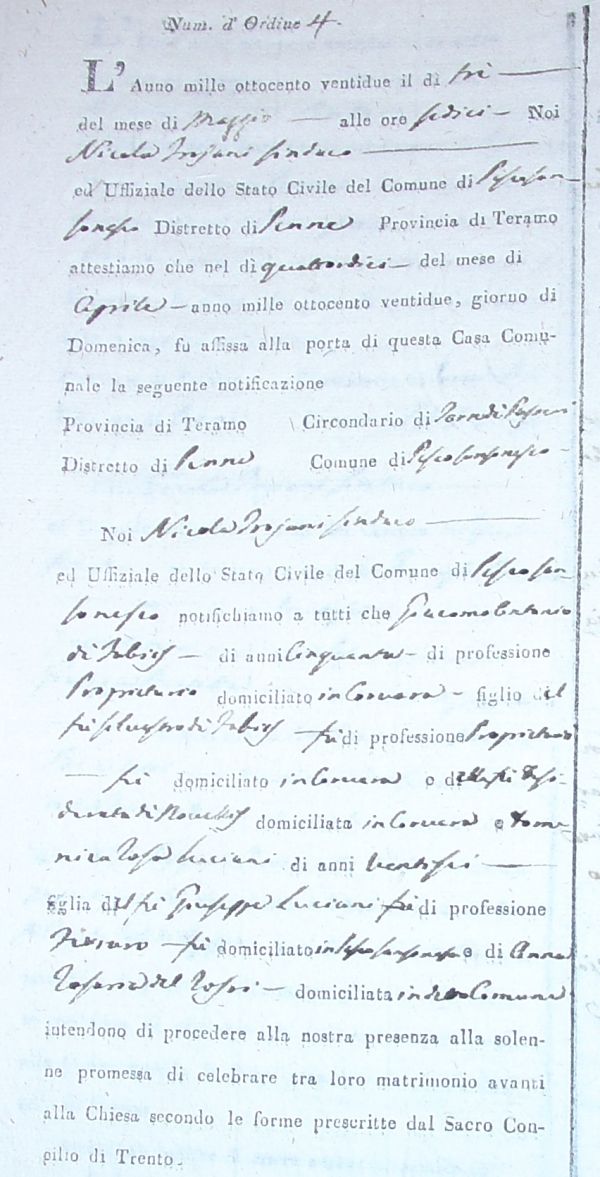