Its name derives from the Aterno river that crossed the ancient settlement and influenced all its life.
According to the ancient literary tradition, the upper valley of the Aterno was the center of the Sabines, that subsequently reached the valley of Rieti and the lower Tiber valley. At the time of the Romans, the city moved to the bottom of the hill of San Vittorino, in the middle of the Aterno valley, where today the remains of the most important monuments can been admired.
Versione Italiana ➩
Follow Italy Heritage on Facebook
] 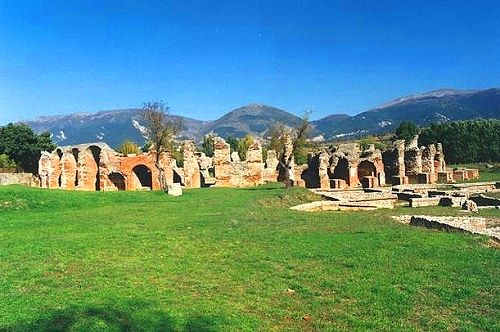 Amiternum became part of the Roman establishment in 290 BC; it was a "prefectura" until the Augustan Age, later on probably a "municipium", as epigraphic sources seem to confirm. In the city the famous Latin historian Caio Sallustio Crispo (86-35 BC) was born. 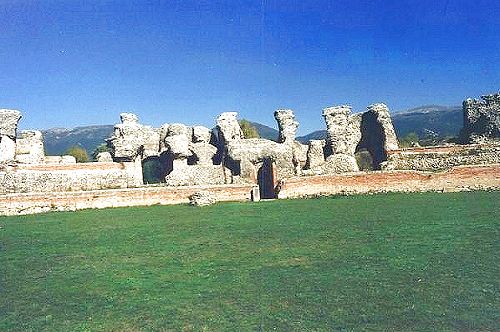 The ruins of the theatre, with a diameter of about 80 meters, can be seen at km 9 of state road S.S. 80. There were originally two tiers of steps able to accomodate about 2,000 spectators. Of the stage only the base structures are preserved. A number of inscriptions and many sculptures and architectural material are preserved in the National Museum of Abruzzo, hosted in the sixteenth century fortress, L'Aquila. 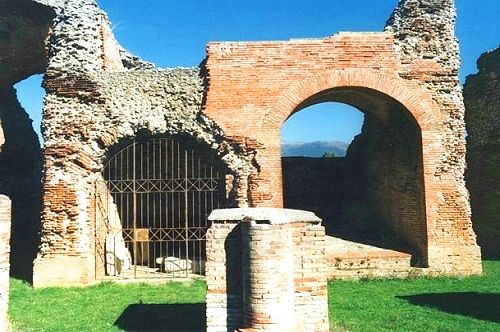 The amphitheater, with a diameter of about 68 m on the longer axis and 53 on the shorter, is located instead on the right bank of the Aterno river, along the edges of the ancient city. 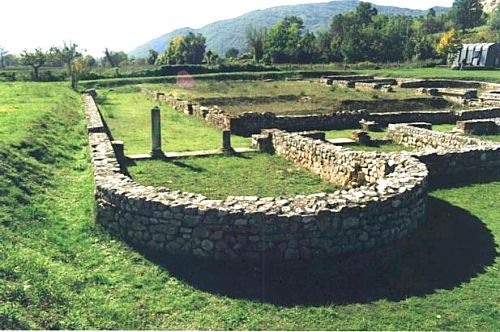 The construction has a covering in tiles that dates back to the first century AD.; nearly the whole outer circle is preserved, originally formed of 48 arcades on two levels; the steps are missing entirely: the building could accomodate about 6000 spectators.

The ruins of the ancient capital of the Peligni are situated a few kilometers from Sulmona, in one of the round valleys typical of the area. The ancient Corfinium rose along the Claudia Valeria road and occupied an important strategic and commercial position. 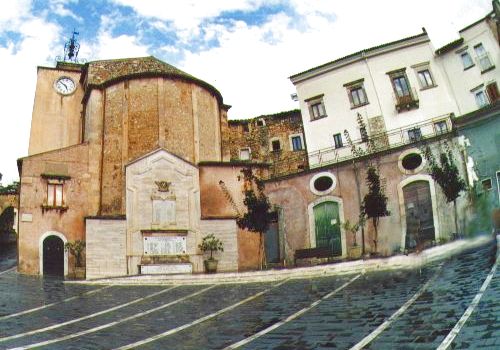 In 90 BC Corfinio played a fundamental role in the war of the italic populations (the Piceni, the Samnites, the Lucani, the Marrucini of Chieti and the Peligni of Corfinio, Superequo, Sulmona) that joined in a federation against Rome: they wanted to obtain the same laws enjoyed by the citizens of the Capital. The rebels, chose as their capital Corfinio, changing its name into Italia (the first time this name appears in history); they assembled an army of about 100,000 men, and many times defeated the Roman legions, reaching as far as Latium, Campania and Apulia. 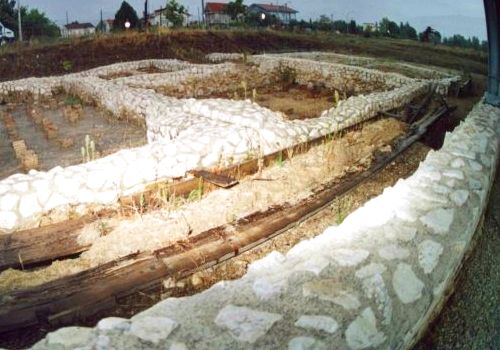 In 89 BC Rome was able to end the mutiny, only granting, through the institution of the lex Iulia, Roman citizenship to the italic populations. The following year Corfinio was conquered by the Romans. In 48 BC, during the civil war between Caesar and Pompey, the town was the place of the bloody battle between the troops of Caesar and the Poompeians. Corfinio, that supported Pompey, did not decay after the surrender to Caesar, and its position along Claudia Valeria allowed it to maintain an important role during the Empire.

The archaeological excavations, that have been going on for years, brought to light the remains of this ancient urban center. The areas of the theatre and of the amphitheater were covered by modern constructions that only allow to imagine the original shapes.

The remains of the ancient sacred area, which were located outside the modern center, along the Via di Pratola, are in better conditions. Among them there are two rectangular constructions, the bigger one dedicated to Hercules. 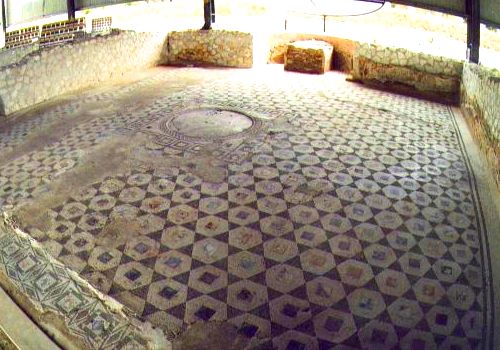 In 1994, in Piano San Giacomo, the rests of a whole district of the ancient Corfinium were discovered. The domus, a splendid Roman villa with a marvelous mosaic that decorates the flooring, dates back to the first century AD.The thermal baths in the southern part of the archaeological area, date to the imperial Age and were abandoned in the third century AD. 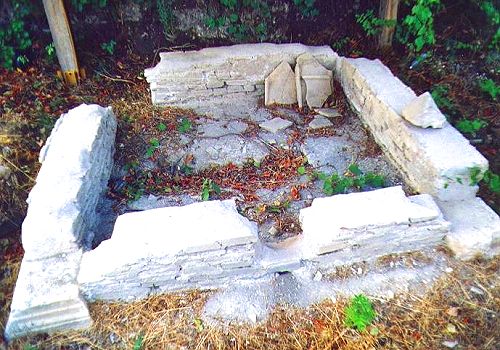 On the west side, the tabernae, the ancient shops, still preserve their walls and water system. The place was abandoned in the fourth century.

In Fonte Sant'Ippolito, it is possible to visit a sacred area dedicated to Hercules. Formed of two terraces, it hosts in its higher part a small temple dating back to the 1st century BC and on the lower part a monumental fountain. 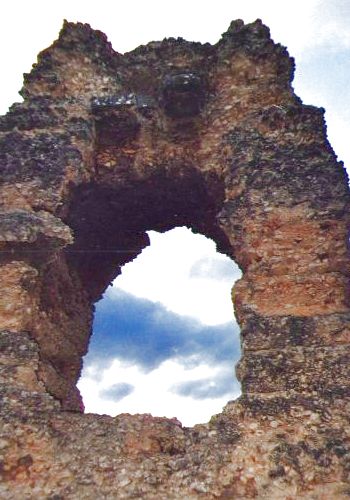 Near the cathedral of San Pelino there are the two giant "Morroni", remains of the walls of a circular mausoleum.