The Abbey of San Pelino in Corfinio

The splendid "Valvense Abbey", or San Pelino, rises about 100 meters before reaching Corfinio, on the spot of an ancient early Christian cemetery where San Pelino, bishop of Brindisi, died a martyr around the middle of the 4th century AD.
A first church was built here in the 5th century but was then destroyed by the Saracens and then by the Hungarians between 1104 and 1124 AD. In the following centuries it was rebuilt in the Romanesque style and underwent a number of changes, mainly between 1600 and the early 1700 in consequence of earthquakes.
Versione Italiana ➩
Follow Italy Heritage on Facebook 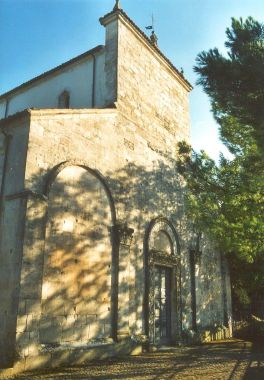 Between 1075 and 1102 against the Southern wall, on the right side of the Abbey, a small church was built in honor of St Alexander the Pope, whose bones are preserved in a precious Corinthian urn. The attached bishopric dates back to 1280 and was restored in the 18th century. This abbey is the largest Benedictine settlement in Abruzzo, for importance and size, second only to San Liberatore a Majella. 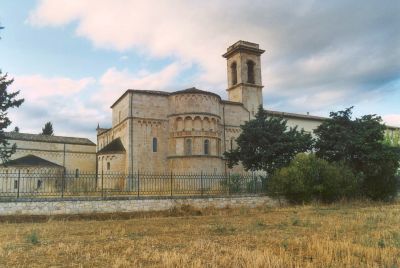 Next to the abbey rises a monastery which used to host the Museo delle Antichità Corfiniesi, founded in 1880 by Antonio Di Nino, where precious pre-Roman pieces connected to the cult of Goddess Angizia, widespread among the Marsi, Peligni and Sanniti, and other Roman and Early Christian findings were kept, among them a marble head and a cameo showing Emperor Claudius. The monastery was recently entrusted to cloister nuns, and cannot be visited. 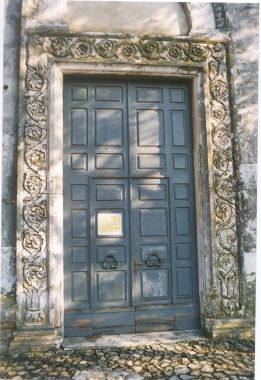 The church plan is a Latin cross divided into three aisles, according to the typical Romanesque style; the facade is sober, with one portal surrounded by simple flower motifs. 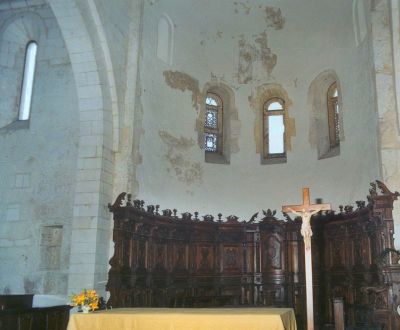 In the interior the ceiling is covered with wooden beams, and the transept and apse appear in all their pristine beauty: divided into four sections by decorated bands, where slim columns, sculptures and finely embroidered windows are inserted. 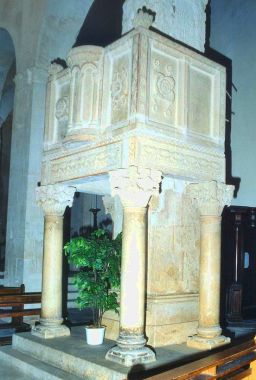 A real masterpiece is the ambon, made between 1168 and 1188 under the bishopric of Oderisius from Raiano, which is similar in wealth and style to the ambons in San Clemente, Casauria and Santa Maria Assunta, Bominaco.

The mausoleum of St. Alexander was built using archeological findings of the Roman era. The plan is rectangular, with a small circular apse. Outside there is a tower over Roman foundations, which is presently surviving only up to the second level. 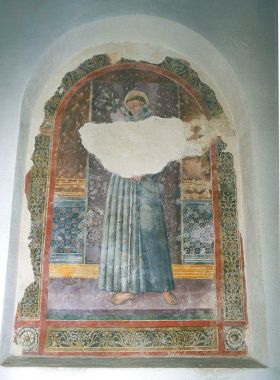 The vaulted interior is divided into four sections; in the apse there are three windows to let the light in, and frescoes representing saints: Sant'Alessandro between two Angels (14th century) and a group with St. Onophrius the Hermit among St. Anatolia, St. Caterina and St. John (14th century). The relics of Pope Alexander are kept here because of the rivalry with the Abbey of San Clemente a Casauria, which hosts the relics of St Clemens the pope: to be on the same level, also the Valvense Abbey obtained to have their saint.