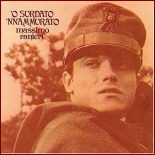 This classical Neapolitan song, among the most beautiful of all times, is a true love poem combined with amazing music, and was created in the tragical years of the First World War... still today, there is no Neapolitan, no Italian in the world who does not know and love this magical harmony.
The lyrics were by written by poet Aniello Califano (Sorrento, 19 January 1870 - Sant'Egidio del Monte Albino, 20 February 1919) and the music in 1915 by Enrico Cannio (Naples, 10 January 1874 - 30 January 1949). The song describes the sadness of a soldier fighting at the front during the First World War, away from the woman he loves. The song is almost a historic anthem for the fans of the Napoli football team.