This patriotic song was widespread already in the days immediately following the Expedition of Garibaldi to Sicily and the South. 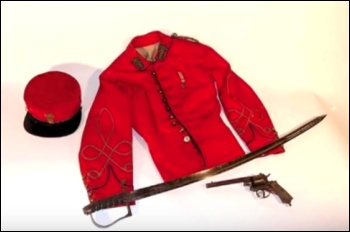 the first known edition is dated 1860, but being passed on flyers it suffered many changes and other quatrains were added. The song continued to be sung during the Resistance (1943-1945) by the Garibaldi Brigades. The lyrics were composed by a Piedmontese secretary, Rocco Traversa, the music by a Milanese musician, Luigi Pantaleoni.
[To print the text inside the scrollable box, select it all, copy, and paste in a text editor.] [The video is not seen well with Internet Explorer 8 - in case watch it on YouTube directly.]
Follow us on Facebook