Around the mid-18th century Alfonso Maria de' Liguori, founder of the Redemptorist Fathers, began to enrich his pastoral work among the poor of the Kingdom of Naples composing songs in both dialect and Italian. They were simple songs to teach the poorest of all the fundamentals of Christianity, creating special prayer groups. 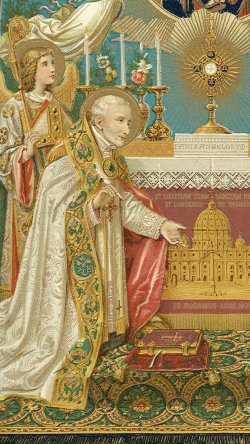 Many songs were linked to the holiday season and some became famous as "Tu scendi dalle stelle", "Quanne nascette ninno" and "Fermarono i cieli". The songs were usually accompanied by a variety of instruments, among them the mandolin, and the giant bagpipe, about two meters high, widespread in the Kingdom of Naples at the time.

In the video a performance with vocals Angelica and Lucia Castellani with "Alecrim" choir; guitar: Franco Gabellini; mandolin: Romeo Zammarchi.