Domenico Modugno was born at Polignano a Mare, Puglia, on January 9, 1928 and died in Lampedusa on 6 August 1994. A singer-songwriter, guitarist, actor, director and politician, he wrote and recorded about 230 songs, starred in 38 feature and 7 TV films, 13 theatrical plays, conducted television programs, and won four Sanremo Festivals.

Universally known is the first of those victories in 1958 with Nel blu dipinto di blu, almost immediately renamed by the public Volare, which was to become one of the most famous Italian songs ever, selling 800,000 copies in Italy and over 22 million worldwide. With this song he also won a Grammy Award in 1959.

Not only a singer...

In the last decade of his life, after suffering a massive stroke in 1984 and a long rehabilitation, he devoted himself to politics, becoming a deputy of the Radical Party, and fighting for the rights of the disabled and laws protecting artists.

In 1991 he returned to the scene, but the same year suffered a heart attack; in 1992 in Turin he performed in a concert almost always sitting; in 1993 in his native Polignano a Mare he held the last great concert of his career, in the presence of 70,000 people. The same year, he recorded his last song together with his son Massimo. On August 6, 1994 at 66 years, he died of a heart attack at his home in the island of Lampedusa; in the afternoon he had helped to return a giant turtle to the sea. 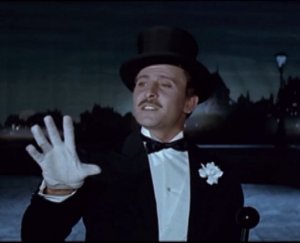