"4/3/1943", lyrics by Paola Pallottino, took part to the Sanremo Festival in 1971, came out 3rd, and had a huge success not only in Italy but also internationally.
The title is the singer's date of birth, but the song was not autobiographical. The original last stanza read: "e anche adesso che bestemmio e bevo vino, per ladri e puttane sono Gesù Bambino" but the RAI censorship imposed a change and thus the lyrics became: "E ancora adesso che gioco a carte e bevo vino per la gente del porto mi chiamo Gesù bambino."

The song, which became almost a trademark of Lucio Dalla, was for fifteen weeks in the hit parade. It was is interpreted by the French singer and actress Dalida (lyrics by Pierre Delanoë), and brought to success overseas by Chico Buarque de Hollanda, who listened to it directly from Dalla and then wrote his own version in Portuguese, with the title Minha Historia: "I sang it to him in a restaurant in Campo de' Fiori. He began to cry bitterly, returned to Brazil and made his own version. An astounding success." 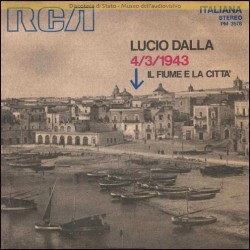