Salvatore Antonio Guaragna was born on 24 December 1893, in Brooklyn, NY. His father Antonio, a boot maker, had left his native village of Cassano allo Ionio, province Cosenza in Calabria, first for Argentina, then to Brooklyn, NY.
The family surname was Americanized, and Salvatore became known as Harry Warren. He was to become an acclaimed musician and composer, winner of three Academy Awards, author of the Italian-American seminal song "That's Amore" and innumerable other successes that accompanied several generations. 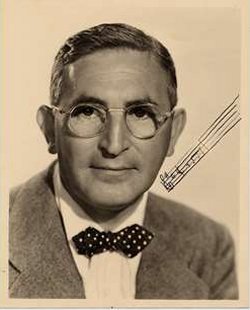 Immigration of his family

At the time of the first great wave of immigration after the unification of Italy, between 1876 and 1915, 14 million Italians left for America crammed onto overloaded, battered ships, without a mess hall, surgery or doctors on board. Among these so many desperate men was Antonio Guaragna, a boot maker, who sailed from Cassano allo Ionio, province of Cosenza in Calabria, with the hope of earning enough to improve the condition of his family, and then come back, but he was never to return; however, he was among the lucky ones.

His arrival in Argentina is recorded in the CEMLA database; Antonio Guaragna, 34 years old, arrived in Buenos Aires on 21 November 1887 on the ship "La France" from the port of Naples. But the situation in Argentina was worse than in Italy, and he decided to move to New York, where he opened a business in Brooklyn, and asked his wife Rachele De Luca and children to join him. In Brooklyn, on December 22, 1893, another son was born, Salvatore Antonio, alias Harry Warren, who was to become one of the most celebrated composers of American theater and cinema, the winner of three Oscars.

Tuti (as young Salvatore was called), grew up in his family's musical passion: "Our family could be said to be a musical family only in the sense that we loved music and sang together, but there was no piano, which gave me pain, because I wanted to play." In the 1900 census his father, Anthony Warren, is recorded as a shoemaker, as well as the eldest brother Frank, sisters Josephine and Mamie work as tailoresses, Annie is at school, Charles and Harry are just children. In the 1910 census the family are still in Brooklyn Ward 25, Kings, New York, the father is the proprietor of a shoeshop.

Already in 1900 the family surname had been changed to Warren, as happened for many Italians because of the climate of xenophobia of the 1890's: in fact, only three years after Salvatore's birth, on August 3, 1896, in Hahneville, New Orleans, the crowd had dragged out of prison three Italians accused of murder, and lynched them without waiting for the trial. On 22 August of the same year a hunt for Italians began in Brazil as well. On July 21, 1899 in Tallulah, in Madison County, Louisiana, five Italian workers, who had quarreled with an American citizen, were lynched by the crowd and left dead on the road.

Salvatore-Harry, however, did not bother much about his double identity, and before the new name he often wrote his Italian one on the covers of music sheets. He attended school with profit, showing a precocious talent for musical instruments and entertaining his schoolmates and teachers with drums, accordion and piano. This, however, was not enough: he was an immigrant, he was Italian.

He began to study music in the church choir of his Italian neighborhood, and at 16 he left school and joined a circus as a drummer. In 1915 he approached the cinema world, and was hired by Vitagraph Movie Studio, New York. He played for Corinne Griffith, a diva of silent films, beginning to show that melodic sensibility, that was to make him one of the great innovators of American pop music, side by side with J. Kern, G. Gershwin, C. Porter, Rodgers, even if the music of Gershwin and Porter was strongly influenced by jazz, while Warren's style was less dependent on African-American music and more in line with his Italian tradition.

Typical Italian melody can be recognized in Bythe Rivers Sainte Marie (1931), recorded by Tommy Dorsey and Jimmy Luncerford and then launched by Nat King Cole, and in That's Amore recorded and brought to success in 1955 by Dean Martin, another great Italian-American, and adopted almost as an anthem by the Italian-American community.

In 1922 came his first real success: his song "Rose of the Rio Grande" performed by Edgar Leslie made Warren one of the protagonists of the music of the era. His songs met the favor of the general public, and two of his compositions earned first place in the 1923 hit parade: "Home in Pasadena" and "So This Is Venice". The years that followed confirmed his success, and in 1928 the song "Nagasaki" became a real world triumph. 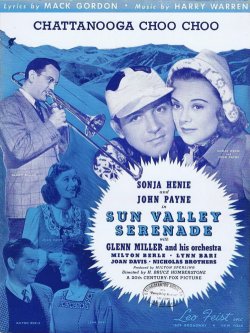 In 1931 Warren began to work intensively for the cinema (Spring is Here) and Broadway ("Sweet and Love", "The Wonder Bar"). In 1932 he won the Academy Award for the soundtrack of "42nd Street", from which a successful musical was derived, and until 1939 he wrote music for 149 movies, including "September in the Rain" with Gene Kelly, where he also appeared as himself.

In 1935 he received a nomination for the song "Lullaby of Broadway" from the movie "Gold Diggers of 1935" with Dick Powell. In 1940 at 20th Century Fox Studios he began collaborating with Glen Miller, Shirley Temple, Carmen Miranda, Harry James, writing greatly successful pieces. For Miller he wrote "Chattanooga Choo Choo" which at once became famous all over the world and won the first gold record in pop music for selling more than one million copies.

In 1943, with "You'll Never Know" from the movie "Hello, Frisco, Hello" he won another gold record and the second Academy Award. In later years he wrote also movie scores, winning his third Academy Award with the song "On The Atchion, Topek And The Santa Fe" sung in the film "The Harvey Girls" (1946), in which Judy Garland starred. 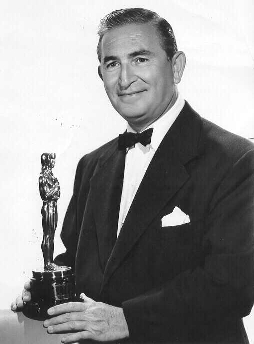 He worked with Ginger Rogers, Fred Astaire, Bing Crosby, Jerry Lewis, Gene Kelly, Esther Williams, Dean Martin and other great figures of the musical until the age of 86 (Manhattan Melody, 1980), although his musical style did not meet the favor of the younger generation, attracted by rock music. He died on September 22 1981 in Los Angeles, and was buried in Westwood Memorial Park. On his grave bronze plaque his wife wanted the first notes of the song "You'll Never Know" to be engraved, above her husband's name, followed by (a wrong) year of birth, and the words "Beloved husband, father, composer".