"In the past, people were born royal. Nowadays, royalty comes from what you do."

Gianni Versace: one of the greatest names that Italy and the world have known in the field of fashion and creativity, with a unique formula for success, made of talent, culture, elegance, sensitivity and passion. He was the favorite designer of celebrities and royalty as Eric Clapton, Princess Diana, Madonna, Elton John, Cher, Sting, but also brought vitality and art to an industry considered out of touch with the street.

Giovanni Maria Versace was born from Antonino Versace, a trader, and Francesca Olandese, a dressmaker, in Reggio Calabria, on December 2, 1946. An older sister, Fortunata (Tinuccia), died at the age of 9 from peritonitis. The family included also Santo, born December 16, 1944 and Donatella, born 2 May 1955; both Santo and Donatella currently work in the Versace fashion house. 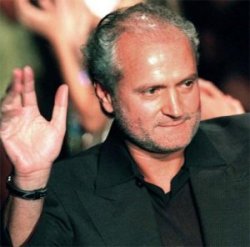 He had his first contact with the fashion world as a kid, working in his mother's atelier, at Via Tommaso Gulli 13, near the Cathedral, where today is a Versace boutique.

"Reggio is the kingdom where the fairy story of my life began: the tailoring of my mother's shop, the haute couture boutiques. The place where, as a child, I began to appreciate the Iliad, the Odyssey, the Aeneid, where I began to breathe the art of Magna Grecia."(Gianni Versace, February 1992)

The following year Gianni began a successful collaboration with American photographer Richard Avedon, and in 1982 he won the "Occhio d'Oro" as "best stylist 1982/83 women's Fall/Winter season". During this period, Versace introduced those metal elements that would later become a classic of his production. His brother Santo, now president of Gianni Versace SpA, in 1968 had graduated in economics and opened his own accountant studio in Reggio Calabria. At the end of 1976, he moved permanently to Milan to join Gianni in founding Versace SpA, where younger sister Donatella also worked as a designer.

Gianni began a long series of collaborations with the theater world; in the 1981/82 ballet season of the Teatro alla Scala in Milan he designed the costumes for "Josephslegende" by Richard Strauss. In 1983 he created the costumes for "Lieb und Leid" by Gustav Mahler and the following year for Don Pasquale by Gaetano Donizetti and "Dyonisos", directed by Maurice Béjart at the Piccolo Teatro in Milan, where also a "triptych dance" was prepared for the launch of the perfume "Versace l'Homme".

In Paris, on the occasion of the European presentation of his perfume, there was an exhibition of contemporary works by international artists linked to Versace's name and style. Young people were always a major source of inspiration for Gianni Versace, and in 1983 he was invited to speak to a large group of students at a conference about his style at the Victoria and Albert Museum in London. 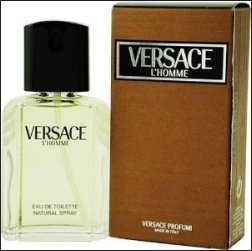 In 1995, Versus, the Versace youth line, made its debut in New York and financed the exhibition of haute couture at the Metropolitan Museum of Art and another dedicated to Avedon's career. Gianni Versace also collaborated with Elton John to help the AIDS research foundation of the English singer-songwriter.

The Assassination and Will

In 1992 Versace bought a large villa of the thirties on the oceanfront in Miami for $10 million, Casa Casuarina, and invested over $33 million for restructuring. In his last years Gianni lived in Milan and in this villa in Miami with his long-term partner model Antonio D'Amico. The villa was purchased in 2000 by tycoon Peter Loftin, who transformed it into a luxury hotel, and in June 2012 was again put up for sale for $125 million. 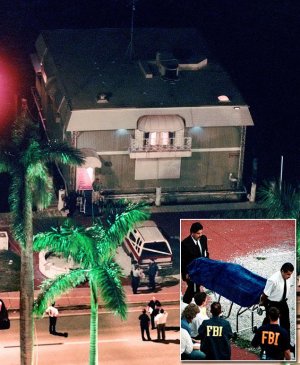 On 15 July 1997 Gianni Versace was assassinated on the steps of Casa Casuarina by Andrew Cunanan, in circumstances that were never clear. The murderer, a drug addict and male prostitute, had murdered at least other four people before Versace. After a mysterious escape, on 23 July Cunanan killed himself on a house-boat before being captured by the U.S. police.

Another sensational event was connected to Gianni Versace's will. Journalists across the world were chasing for it. Finally Giancarlo Padula, an editor for an Italian local newspaper, "Nuova Fermo" learned somehow the name of the notary where the will had been deposited. He paid the office fee (wills are public documents) and requested the testament of Gianni Versace, which he obtained a few days later. It would have been a world scoop; instead Padula's director gave the news to Tg5 (an Italian national TV channel) director Lamberto Sposini, who disclosed the information in the evening news.

The will had been written on September 16, 1996 in a notary's office, in Gianni Versace's own hand: in two manuscript pages the designer canceled all previous wills, and appointed only three heirs: he left his share of the Versace empire to a favorite niece, to her little brother (both children of Donatella Versace and Paul Beck) all his art collection, to his partner Antonio D'Amico a monthly pension of 50 million lire (this assignment was reduced in a lawsuit by the Versace family), and the right to live in the homes of Gianni Versace.

The official funeral of Gianni Versace was held in Milan Cathedral, and was also broadcast worldwide. Among the many celebrities present were Giorgio Armani, Karl Lagerfeld, Diana, Princess of Wales, Naomi Campbell, Madonna, Courtney Love, Luciano Pavarotti, Carla Fendi and Carolyn Bessette-Kennedy; Elton John and Sting performed a musical rendering of the 23rd Psalm. His ashes were at first preserved in a chapel in the cemetery at Moltrasio, near Cernobbio along the Como Lake, then after an attempted theft, the urn was moved to the family villa, always at Moltrasio, and costantly guarded.

In December 1997, at the Metropolitan Museum of Art in New York, a first exhibition after his death was dedicated to his career of the designer, with dresses from its collections and its theatrical collaborations. At the opening ceremony, which was attended by 2500 people, were present Anna Wintour of American Vogue, Franza Sozzani of Vogue Italia, fashion designer Karl Lagerfeld, choreographer Maurice Bejart, singers Elton John, Sting and Cher, top-models Naomi Campbell, Eva Herzigova, and Valeria Mazza, actor Rupert Everett and photographers Richard Avedon, Irving Penn and Bruce Weber, who always helped in creating the Versace image through famous advertising campaigns and photo books.

An interview to Gianni Versace

[Princess Diana comforted Elton John six weeks before he sang at her own funeral.]
ItalyHeritage on Facebook