Francesco Rosario Capra (aka Frank Russell Capra) was born in Bisacquino, Sicily, on May 18, 1897, and passed away at 96 years of age in La Quinta, California, on September 3, 1991.
Capra was one of the most important filmmakers of the Hollywood golden era, between the thirties and forties, the author of memorable movies, comedies and moral fables, characterized by a utopian, but not trivial optimism, capable of both entertain and move audiences. 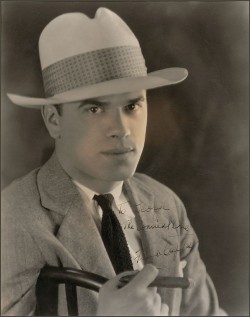 He was the youngest of seven children of Salvatore Samuel Capra and Rosaria Sarah Nicolosi. When he was just six years old, the family emigrated to the United States, in search of a better life. He was naturalized and, after graduating in chemical engineering, began his adventure in the cinema in the 1920's.

His movies were centered on good feelings and the common man - that in the end proves to be a hero: Frank Capra created stories rich of optimism, all based on perfect screenplays and sometimes conceived as real fairy tales. But if you look more closely, an unexpected melancholy lies just under the surface. 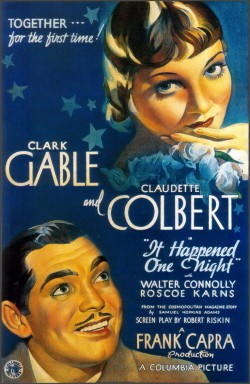 Himself a perfect example of the self-made man - a humble immigrant that became an international celebrity, he was, in John Ford's words, "an inspiration for those who believe in the American Dream", he was the greatest poet of the American way of life. A true "mythmaker", with his works he not only interpreted the spirit of the times, but also contributed significantly to producing and shaping a common social mythology, a bit like Walt Disney. 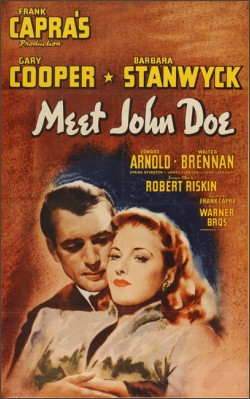 In 1977 Frank Capra visited his native village, Bisacquino, Sicily, where thousands of people were waiting for him. This event was documented on the Italian radio, newspapers and national TV. On December 28, 2012, Italian TV Channel 7 aired an episode of "La valigia dei sogni" (=The suitcase of dreams), conducted by Simone Annichiarico, on the life of Frank Capra, filmed in Bisacquino in the neighborhood of the director's early childhood, and on the occasion a village street was dedicated to his name.

He believed It's a Wonderful Life was his best movie, and said of it: "It's a Wonderful Life" sums up my philosophy of filmmaking. First, to exalt the worth of the individual. Second, to champion man - plead his causes, protest any degradation of his dignity, spirit or divinity. And third, to dramatize the viability of the individual - as in the theme of the film itself... there is a radiance and glory in the darkness, could we but see, and to see we only have to look. I beseech you to look. 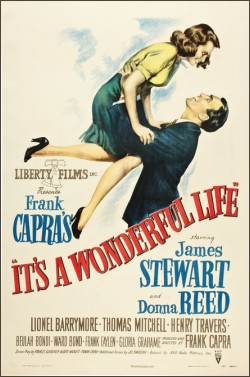