The magical qualities of rosemary 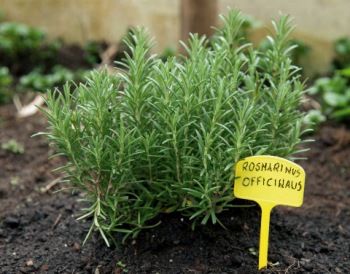 Parsley, sage, rosemary and thyme... The active ingredients in some herbs and spices have amazing powers, as ancient medicine already discovered. So precious for our recipes, a number of Mediterranean herbs are proving increasingly useful for general body health and longevity.
On Mar 31, 2016 journalist Giles Sheldrick published a striking article on the UK Express: Village of 100-year-olds: Rosemary holds secret to Italian community with 300 centenarians. The village is Acciaroli, in the province of Salerno, Campania region, and its population will be studied by a team from the Rome Sapienza University with the San Diego School of Medicine. It seems the people of Acciaroli make an extensive use of rosemary, alongside with, of course, a Mediterranean diet.

Rosemary, as well as sage, contains a substance called carnosic acid which has been shown active against macular degeneration. According to recent research, the regular use of rosemary keeps the body younger and improves blood circulation. Thanks to its powerful antioxidant qualities, rosemary plays a protective role also on the liver, an organ that, most of all, suffers the effects of stress.

Already in Roman times, rosemary was used in medicine in order to soothe toothache, sprains, stiff neck; today it is used to treat colitis or nausea, as a remedy for rheumatism, or digestive problems. It is used in cosmetics thanks to its deodorant, toning and purifying properties, and is a very common ingredient in shampoos, specifically to strengthen hair.

Want to fight diabetes with natural remedies? Researchers at the University of Illinois found benefits in counteracting type-2 diabetes with a diet including oregano and rosemary, without the risk of side effects of drugs. Under the guidance of Professor Elvira Gonzalez de Mejia, the researchers tested four different herbs, analyzing both the fresh and dried varieties. The compounds which contributed to decrease diabetes were identified in the dried plants of rosemary, Greek and Mexican Oregano.

Among other spices that were extensively studied, cinnamon, according to Iranian researchers of the Mashhad University of Medical Science, revealed efficacy in the control of blood glucose levels. In France, pharmacologists at the University of Montpellier discovered that the burdock extract was a good, quite natural remedy against hyperglycemia.

Summarizing, towards a healthy diet, our spices cabinets must never be devoid of these wonderful herbs!

A nice cup of a Rosemary Tea?

The preparation is very simple: take the equivalent of a cooking spoon of rosemary leaves and place them in a cup of boiling water for at least 15 minutes. Filter and take after meals.

What about other herbs?