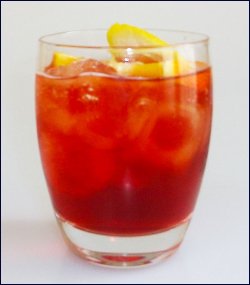 The Americano, despite its name, is an Italian cocktail that uses only typically Italian products: bitter Campari (from Milan), red vermouth (from Turin) and soda water (from Milan). It is an officially recognized cocktail of the I.B.A. (International Bartenders Association) and is also considered the father of the Negroni cocktail.

History of the Americano

Like many cocktails, its origin is unknown but there are a number of stories. The oldest tradition is that the Americano was invented in 1860, at Gaspare Campari's bar in Milan.

Another story goes back to the 1930s, The cocktail was then named in honor of the Italian boxer Primo Carnera, active in the United States, and for that reason called the Americano.

The Americano became a popular cocktail over the years, achieving fame thanks also to its mention in movies: it is one of James Bond's favorite cocktails, the first drink ordered by Bond in the first novel in Ian Fleming's series, Casino Royale.

Ingredients of the Americano Cocktail

The Americano is prepared with the build technique (that is, it is built directly in the glass) and uses a Highball or Juice glass, or also a low Tumbler.
ItalyHeritage on Facebook